Managing dashboards on various displays (especially those running on Android)

Dashkiosk is a solution to manage dashboards on multiple screens. It comes as four components:

The full documentation is available on ReadTheDocs.

A live installation, reset every hour, is publicly available:

Here is a demonstration video: 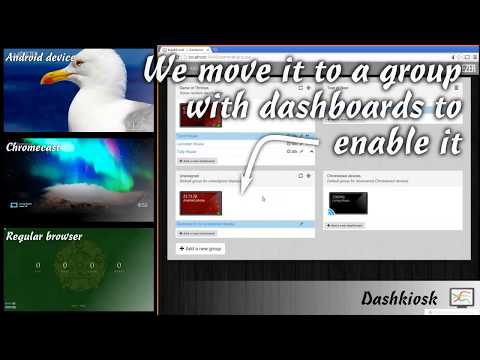 To run the server for development:

The Android receiver has moved to its own repository.

The "official" Chromecast receiver has app ID 5E7A2C2C and is hosted in the gh-pages branch of this repository. To update it:

There is a Dockerfile to run Dashkiosk inside Docker. This will also work with Chromecast devices if your Docker host supports the --net=host option: